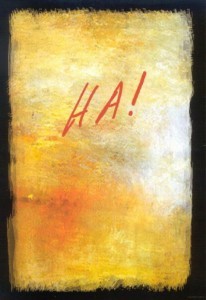 Short-listed for the 2005 Canada Reads competition by Roch Carrier

Where To Get HA!

HA! is available online at Chapters.Indigo.ca in Canada and on Amazon.com and barnesandnoble.com in the United States.

McGill-Queen’s University Press released HA! in the United States in September 2004. It now can be ordred in bookstores in the States.

McGill-Queen’s University Press is currently seeking English language publishers for the US and the UK markets, as well as publishers for editions in all other languages.