Eliza, 18, is a Pisces who dreams of the circus. She wants to have a child and is looking for love. She leaves her poor farm family and comes to Montreal to ask an old Chinese astrologer to help her find her love.

In the city Eliza shares a room in a boarding house with Lila, a middle-aged bar girl who once was a music hall performer in Europe. She also meets Tommy, a part Indian construction worker, who’s involved in a Red Power plot to blow up a bridge on the nearby Mohawk Indian reserve.

From her study of Eliza’s horoscope, the astrologer predicts that Eliza’s love is an Aries or a Sagittarius, “handsome and full of riches”, and that Eliza will meet him within ten days. Eliza decides to help make the prediction come true by searching for this man — which gets her into bizarre situations, both funny and sad, including a meeting with Richard (Manuel), a rich man who takes her to an exclusive astrology club that features orgiastic rituals.

Meanwhile, her friendship with Tommy grows until he finally pleads with Eliza to stay with him. And Lila urges her to give up on astrology and put her faith in Catholicism. But Eliza rejects both Tommy and Lila, and continues her search. With tragic results.

During the filming of Eliza’s Horoscope — from August to November 1970 — many photographs featuring its stars, Academy Award winners Tommy Lee Jones and Lila Kerdova, as well as Richard Manuel of the musical group “The Band”, Abenaki Indian filmmaker Alanis Obomsawin, and the lead Elizabeth Moorman, were taken for publicity purposes. The following still photographs can be purchased at the following sizes and prices (postage extra, depending on destination): 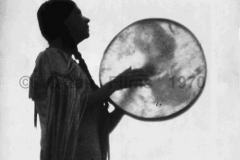 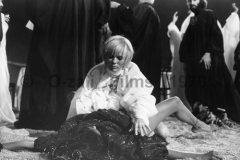 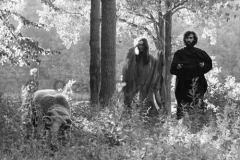 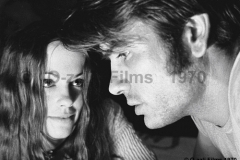 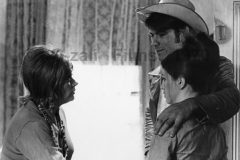 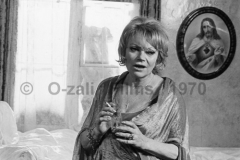 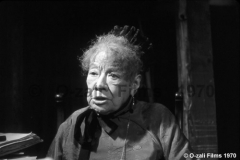 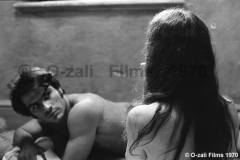 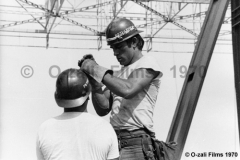